An all american boy from the heartland travels well

We introduced Jim to our Peacock Bass program in January 2020. Little did we know how quickly he would fit in. From the time he stepped off the plane in Manaus we could tell Jim was one of us. We already have big plans for Jim to be a part of our future as a host and who knows what else. We hope you will enjoy the story of a man who grew up in America’s heartland in a blue-collar world and became an absolute fly-fishing nut.

Born in 1970 in Canton Ohio, Jim grew up in a house full of kids (6 to be exact) and his mom, Martha and Dad John who not long ago celebrated their 50th anniversary. Dad was a welder and mechanic until he took a job in the area oil fields and ended his working career driving trucks.

Growing up was an adventure. The family did not own a T.V. and the house was crowded so Jim spent a lot of his time outside. Pretty much normal stuff like, playing with army men in the dirt, catching lizards, tire swings, riding bikes and hide and seek. As he got older more organized chaos took over in the form of team sports like soccer, baseball and basketball. Jim learned to fish with his dad as a lot of kids do in that part of the country, in farm ponds catching bluegill and small bass. When he was 12, not only did he go on his first deer hunting trip but finally got the green light to start riding his bike to a few area ponds to fish. Now with a routine, he would get out of school, ride his bike to the local watering hole and fill his stringer with bluegill. On the way home, with his stringer of fish hanging off his handlebars, Jim would stop by Grandad’s house to get his fish cleaned. This went on for a couple of years until one day the stop at the fish cleaning station, grandad had a brand new Rapala filet knife waiting for Jim’s first lesson. This was one of the coolest things he had ever seen. The rest is history, Jim could now clean his own fish.

In high school there was not much time for the great outdoors. Jim was a three sports letterman and spent all his time playing whatever sport was in season. 4 years of high school sports turned into several offers to play in college. He however hated college girls and instead thought working in the oil fields with his father would be a better idea. Making good money and living at home, Jim in his own words didn’t know what to do with all his cash. Coming from a religious childhood with high family morals Jim had the idea to give back. So, in 1989 He quit his job and headed for Honduras for a year to work at a children’s orphanage. Jim worked at a facility that housed around 150 kids, most of which were abandoned in some way. He did maintenance and spent time fixing everything. It is here that he also learned to play the guitar. 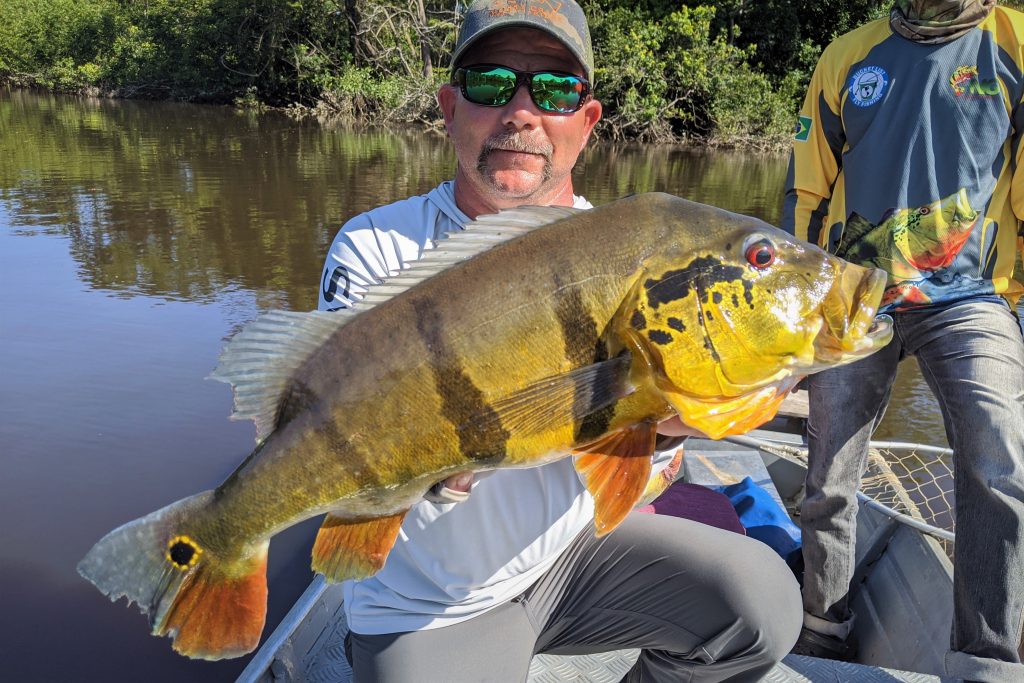 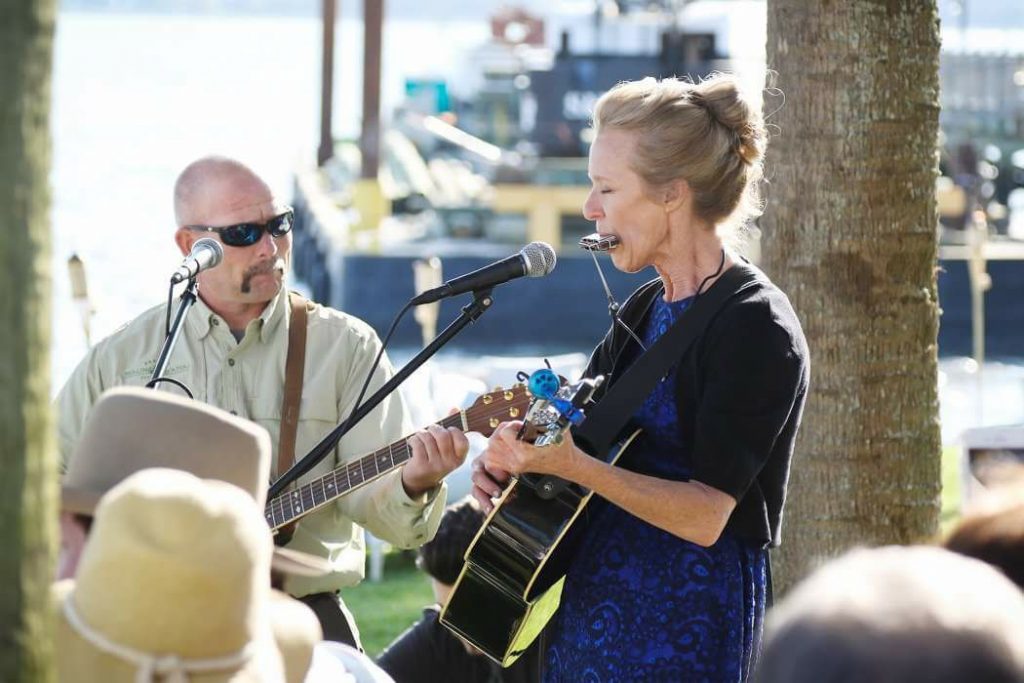 Jim came home after his one year term was finished with no money and no job. Not to worry, he spent one night at his parents house and landed a job in a neighboring town in the roofing business. He rented a room from a lady that resembles Forrest Gump’s Mom and stayed there for the next year. It was only a year later when he took over the company. Now  Jim’s adult life was about to begin. He got married in 1993 and became a father a year later and would eventually have three kids.

In 1995 Jim bought a boat on an adrenaline high from some pictures of huge Pike from a D.I.Y. fishing trip his friends had taken to Canada. Finally, he was going to go fishing again. Off to Canada they went and the trip became a yearly event.  Jim quickly put fishing back into his life with more and more trips. By 1998 he had become a fishing nut a lot like his biking and bluegill days as a kid.

A visit to Harrisonburg Virginia in 2000 was a life changer. Beautiful countryside with rolling hills in the middle of a hunting and fishing paradise. A year later, the roofing business in Ohio was sold to his brother and Jim moved the family to Virginia. The next 2 years were spent building a new roofing company and 10 years working day and night to keep it going. Hunting and fishing trips would have to be done locally for a while. Deer hunting became Jim’s new love and his limited free time was spent sitting 20 feet up in a tree scouring the countryside.

In 2015 Jim loaded up the Griswold Family Truck-ster and headed across the country for vacation. Yellowstone National Park was the main destination. Drew, Jim’s only son, now in his 20’s had been fly-fishing with friends for years in Virginia. Jim really had not paid much attention. Things were about to get real. The family visited many places on the tour across the country but it was in Yellowstone, on a small stream, did Jim see the light. Drew and Jim spent a morning fishing and the bugs were out in force and Drew was ready. Fish after fish ate Drew’s dry fly and after about 6 rainbows found the net, Jim could not take it anymore. So like dads do, he hollered out, “gimme that” Ha Ha, he was getting his butt kicked by his son with this fly rod thing. So Jim got a lesson and then took his first lesson from Drew. After a fish or two he blurted out his favorite line “man I’m screwed” So in Jim Shrock fashion (like buying the boat) he goes to the local fly shop and just like the scene in the movie Caddyshack when Rodney Dangerfield enters the golf shop… gimme two of these and three of those and set me up with the whole smear. Well they did and his first fly rod was an Orvis Clearwater 6 wt. for local waters like the farm ponds and the Shenandoah River.

Now it is Christmas 2016 and the family is opening presents. The kids had pitched in and gotten Jim a Renzetti fly tying vise. Oh no, guys warm up the truck, Jim needs to make a trip to the fly shop. $350 later he figures out like all those before him, buying flies is more cost effective than tying flies. Jim built a really nice shed for trapping when he moved to Virginia. The passion for trapping had worn off and Jim took his He-Shed and turned it into a full-on Man Cave with Deer Heads, Animal Pelts and a wall of fly-tying materials that would make a small fly shop jealous. 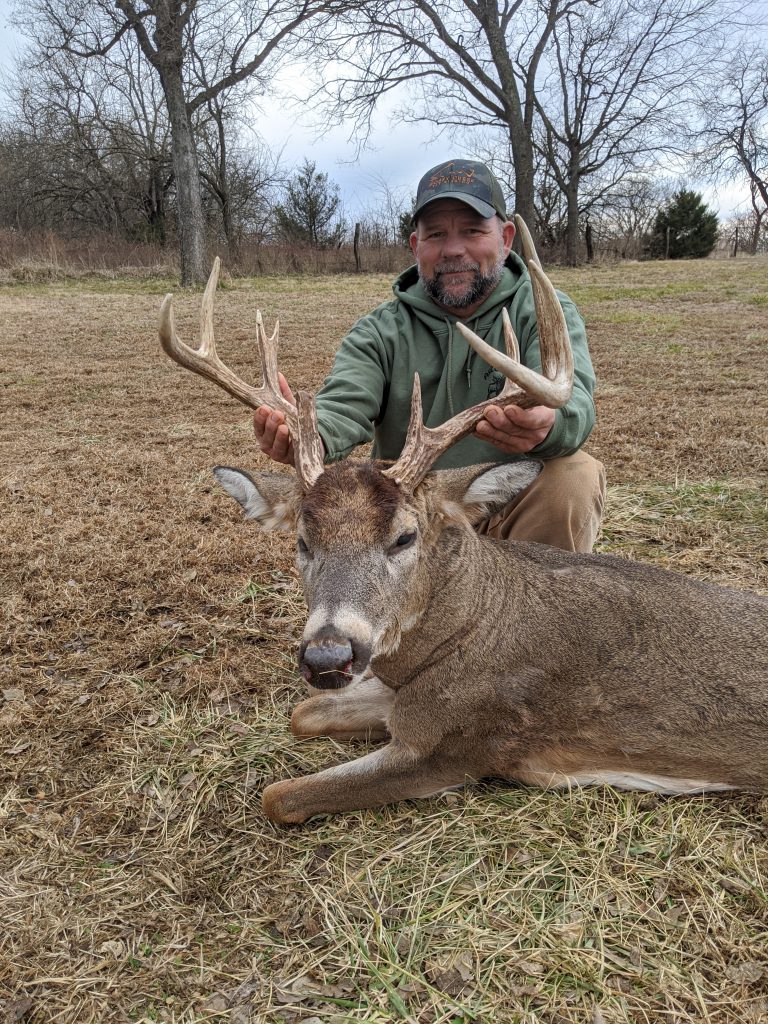 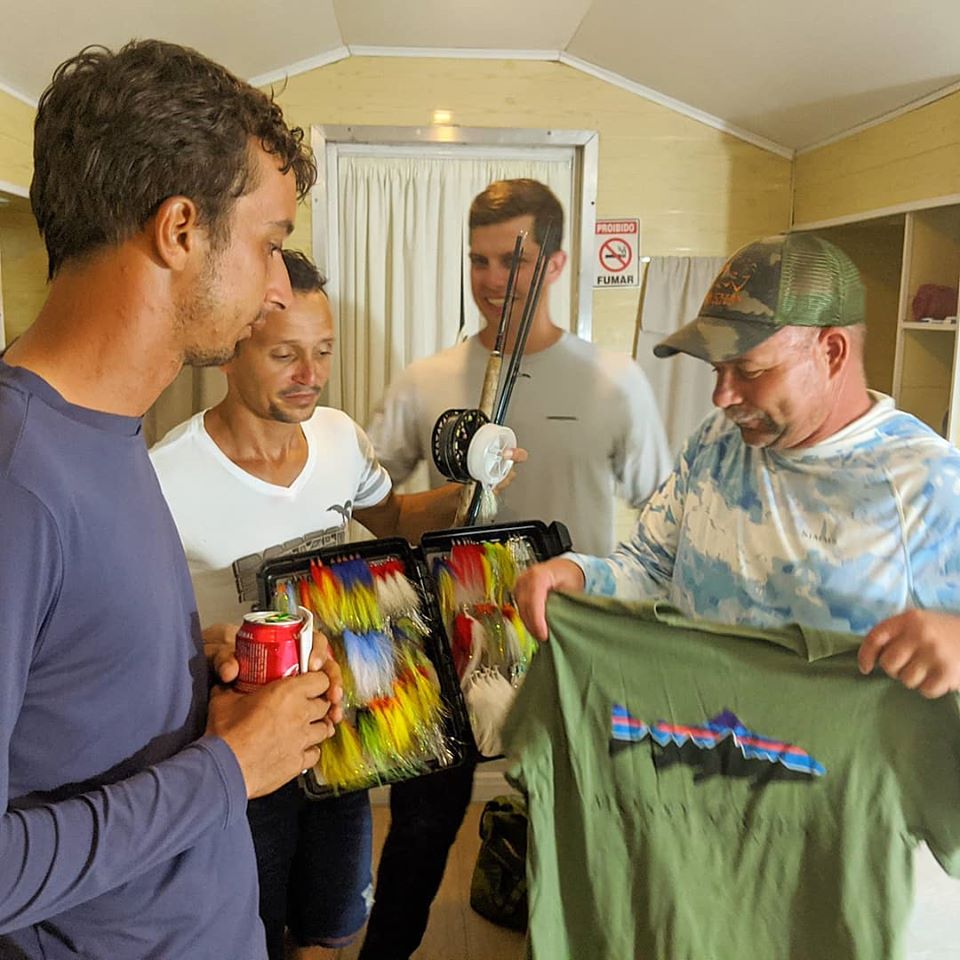 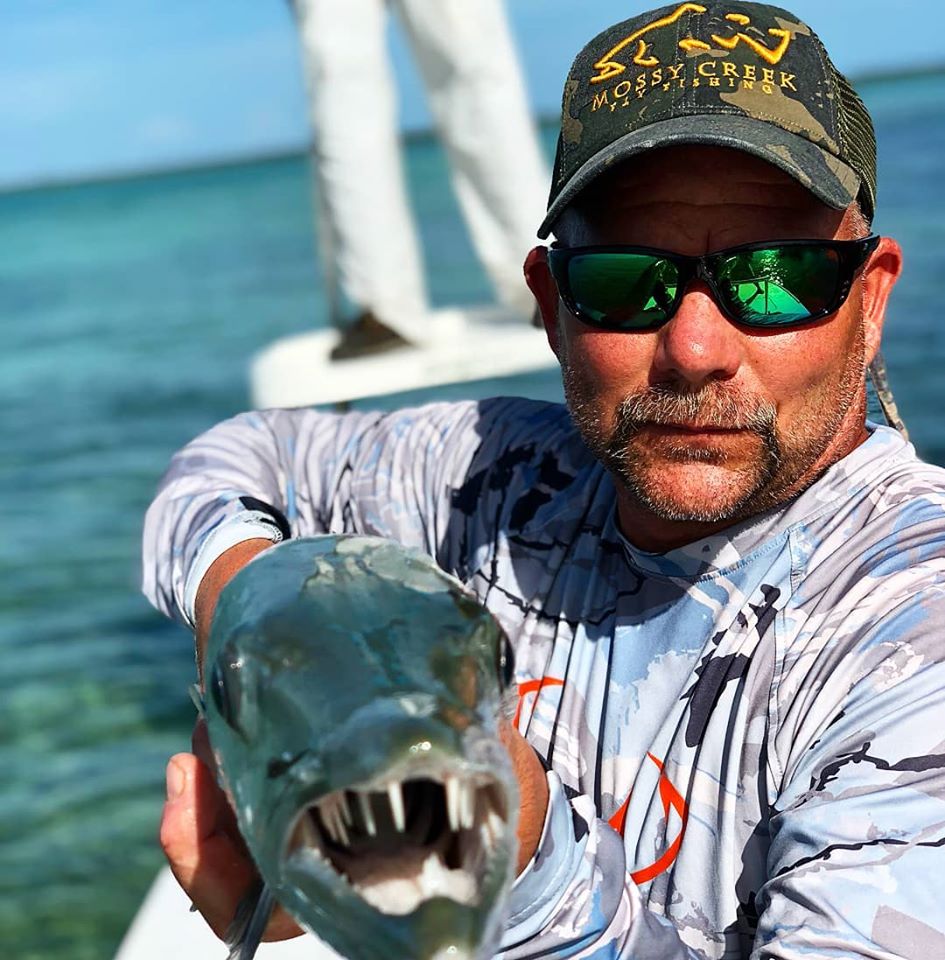 The first big fly fishing trip was with his local fly shop, Mossy Creek Outfitters in 2018. Like many fly fishermen wanting to travel, bonefishing was high on the list so off to the Bahamas he went. It was not until January of 2020 did Jim sign up for his 2nd trip. His Son happens to be good friends with Rob’s brother and the two living only about 30 minutes apart have spent a lot of time on the water together. So when Rob’s brother Cort Anderson started filling Drew in on the operation, the connection was made. Fishermen that grow up in the Bass fishing world pretty much all have Peacock Bass on their Bucket List. Jim was no different. A phone call, a couple of emails and a click on the peacockbassflyfishing.net website was all he needed to go all in.

In January 2020 Jim would make his way from Virginia to Manaus Brazil to meet Rob for the first time and join the first group of anglers for the season. The two hit it off immediately and became friends at first sight. After a couple of days in Manaus it was time to go fishing. Needless to say, the week was spectacular. Jim dominated the week with too many big Peacocks to count and 15 new species of fish on the fly. He fell in love with not only the fish, but the jungle and most of all, the people. It is a toss up between who had more fun that week, Jim or his guide “Doca”. At the end of the week and a plethora of answered questions, Jim has a heavy dose of Doca’s story (see Doca’s story also on our blog). Doca, he finds out, has never owned a fly rod. So in classic Jim Shrock fashion, Doca is now the proud owner of a new Orvis fly rod and Lamson Litespeed reel and a huge fly box full of flies.

Jim Shrock has made his way onto our scene with a bang. That is pretty much how he does it. Jim’s personality bleeds “where did you get this guy”. He is the kind of person you can look up to as a human being and never have to worry about your 6. These are the type of people we build our brand around and we can not wait for our next adventure with our new friend. Welcome to the family Jim!