A fascinating story of perseverance and faith

“I had never embarked on any kind of boat, never spent any time on a river. Getting to work that season on the Xeruini was the most beautiful experience of my life, seeing a fantastic river, meeting amazing people – I will be always grateful for that.”

It would sound like a cliché but our work sometimes gets to help change lives. You will come across stories of people that turned from loggers, turtle hunters or even “motoboys” into ultimate fly fishing guides in the middle of the Amazon. Collecting stories for the Bucket List Reel has already made quite a few people drop a tear. One short, but very emotional story is particularly important for our team. Meet Juliana Moreno – a poor Venezuelan girl that had never touched a river and became one of our signature fly tiers.

We met Juliana thanks to Neto, our Amazon Operations head guide. Neto lives in Caracaraí, a town on the Rio Branco near the Venezuelan border. Juliana is from Venezuela and was doing everything possible to move her family away from the incredibly bad situation there.

She was born on January 25th, 1993, in Ciudad Guayana – Puerto Ordaz. She came to Brazil on January 29th, 2015. The idea was, like for many Venezuelans at the time, to find a better place to live and a job that could help their family. Julianna had found a position as a waitress at a Pizzeria in Caracarai, a small town in Brazil on the Rio Branco near the Venezuelan border. Before the move Julianna and her family were really struggling to survive amid the complete demise of the Venezuelan economy. For an idea of how bad it was, people there were on rations and could only receive milk once a month, cooking oil every two months and a roll of toilet paper every 90 days. It was only getting worse. So imagine, a 22 year old beautiful, petite Venezuelan girl who was already a single mother, stepping on a bus for a foreign country, leaving her kids behind with her mom to try and save her family.

The job in Brazil was told to include room and board, food at the restaurant and pay. What she did not know is that the pay would be negligible. It was not near enough. Luckily, Julianna would soon meet Abraao (Neto’s cousin) and Venessa, his wife. The two would help Julianna in many ways. First she would meet a lady who owned a take-out restaurant that supplied food to businesses, truck drivers and the general public. Julianna was hired to work there doing just about everything. Julianna was working 15 hours a day now 7 days a week and still working part time at the Pizza place to keep her room and board. Eventually her new friends would show her how to get health care, help her find a place to live on her own and how to get schooling for her kids. Now it was time for Julianna to make the trip back to Venezuela to get the family. 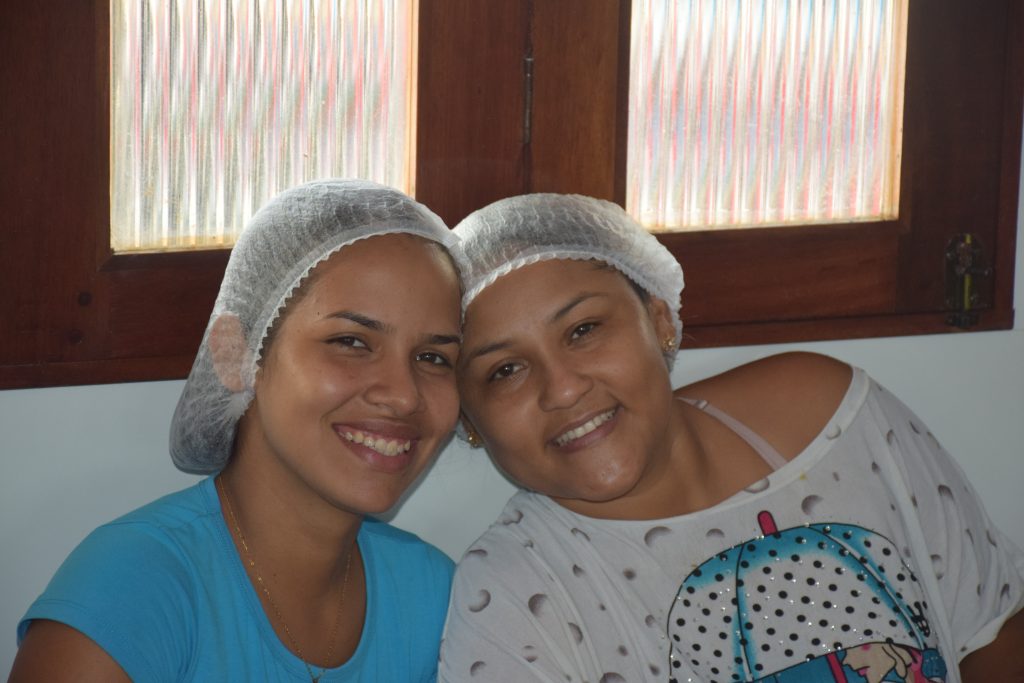 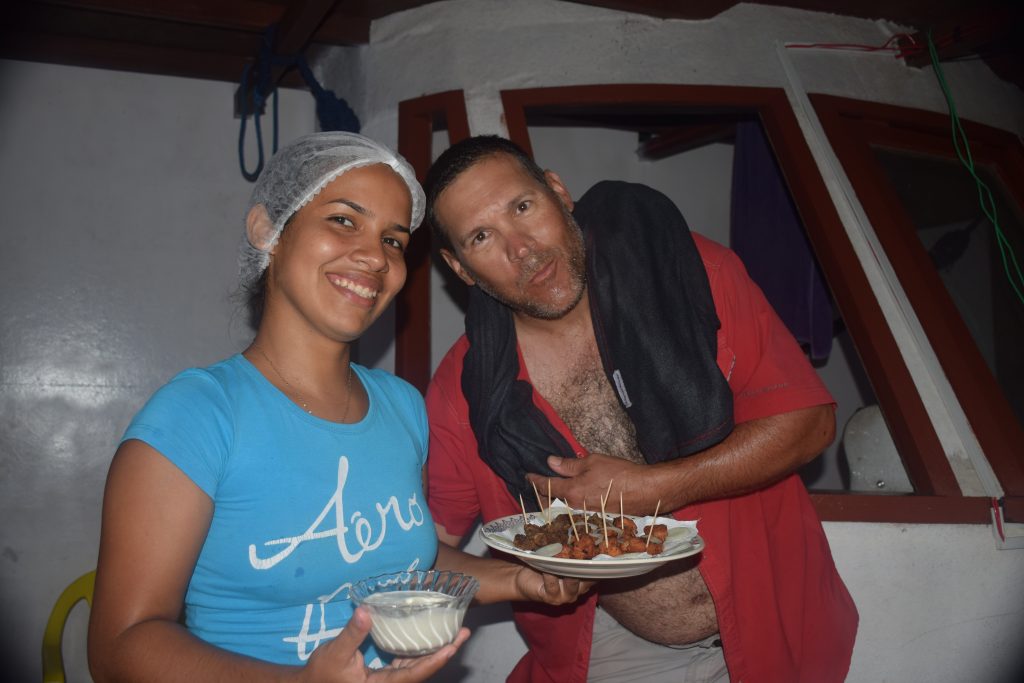 Juliana met Neto, Abraao’s cousin in 2017 when Neto was in charge of Xeruini Sport Fishing – The company that would be Rob’s first attempt with Neto to get to the headwaters of the Xeruini. Somewhere lost in translation Julianna had the idea that this was a well established, very successful fishing company and the idea of working there was fascinating. The following year Neto and Juliana were aboard Tupana, taking care of Rob’s six groups for the season on the lower river area. Building an operation like that from scratch was not an easy thing and there were expected kinks due to extremely complicated logistics. It became obvious Julianna could think on her own and for a girl who has never done anything like this before, she became an immediate favorite for Rob, the staff and the guests. It was here that Juliana was introduced to fly tying by one of Rob’s groups who was made up of mainly fly fishing guides from the United States. Terry Nelson, one of Rob’s long time friends was the first to put Juliana behind the vise. she was a natural. Good eyes, small hands and a knack for sewing coupled with a creative mind. Most of all she was intrigued.

The transition after the season to form a new partnership, included dissolving Xeruini River Sport fishing and many of the things associated with it. There were some critical decisions to make. The biggest one may have included both Neto and Juliana. Having two young kids and an aging mom back in Caracarai during the fishing season brought back memories to Juliana of her time without them when she first came to Brazil. To spend another fishing season away from home was not going to be her first choice. What happened next would change the course of many people’s lives.

Neto and Julianna were falling in love even back before the 2018 season. Why not, a beautiful girl from Venezuela with a heart of gold had now seen the real Neto Silva in all his emotion, running a fishing operation and showing his love for life.

While Rob and Karim were figuring out the next steps in May-August 2018, Rob still never forgot about people he felt responsible for in the Amazon. The new partnership with NG Tourismo included Neto having the opportunity to become a manager and head guide which would give him steady income that he had not had being a start up business owner with Xeruini River Sport Fishing. This was important because Neto is now an expecting father and has a new family to consider. This move would also allow Juliana to stay home with the family. The plan was coming together. 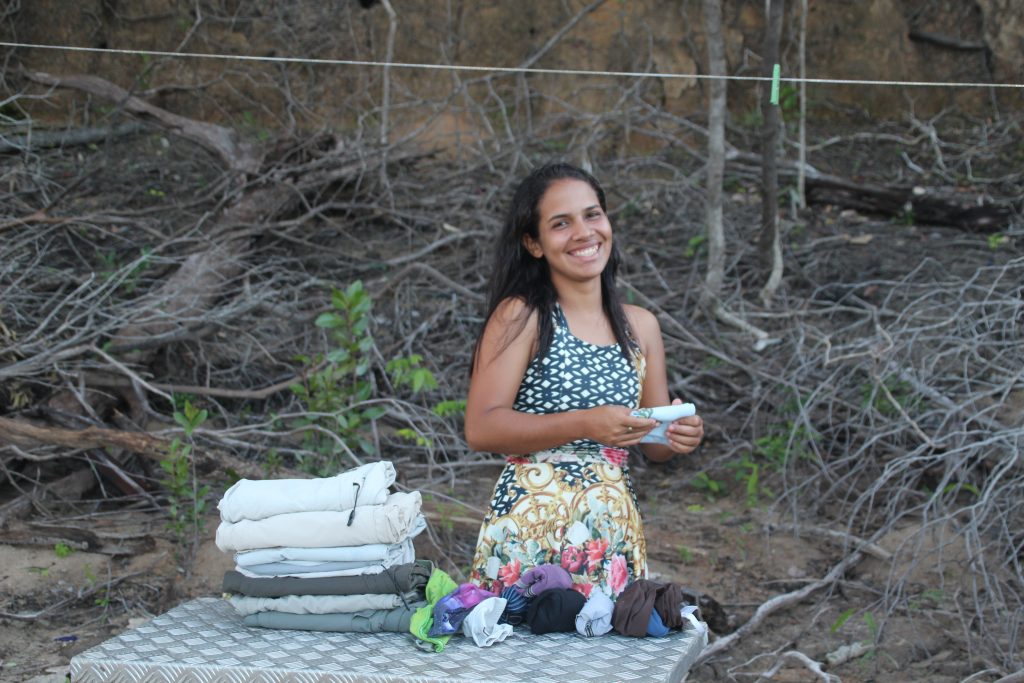 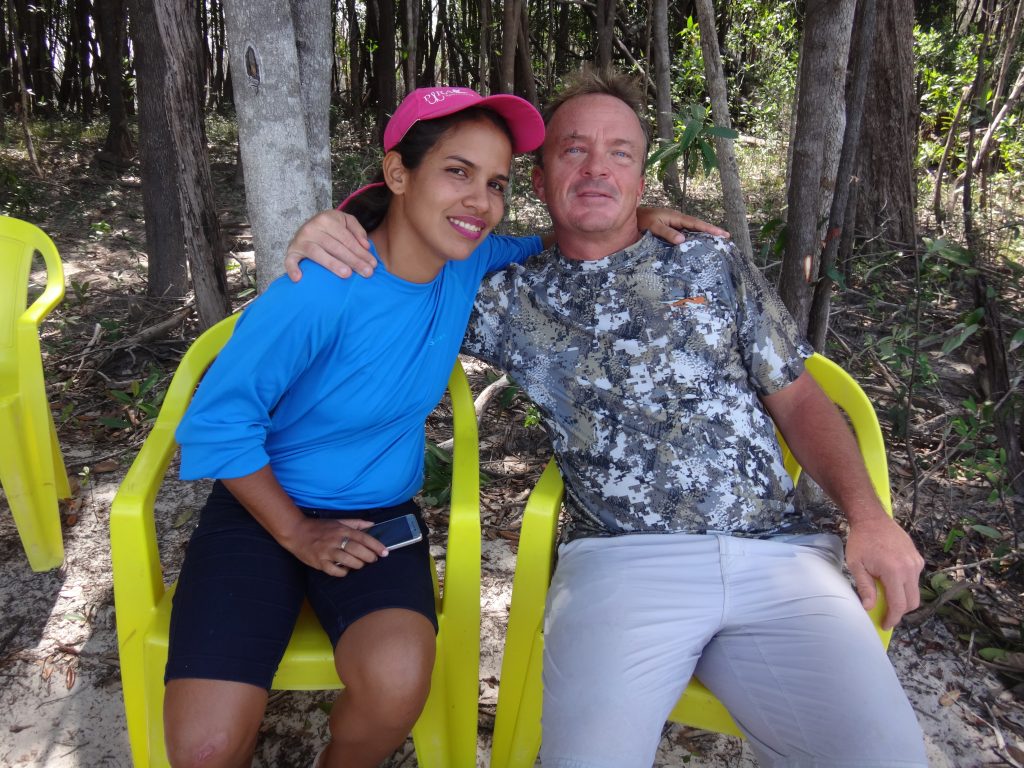 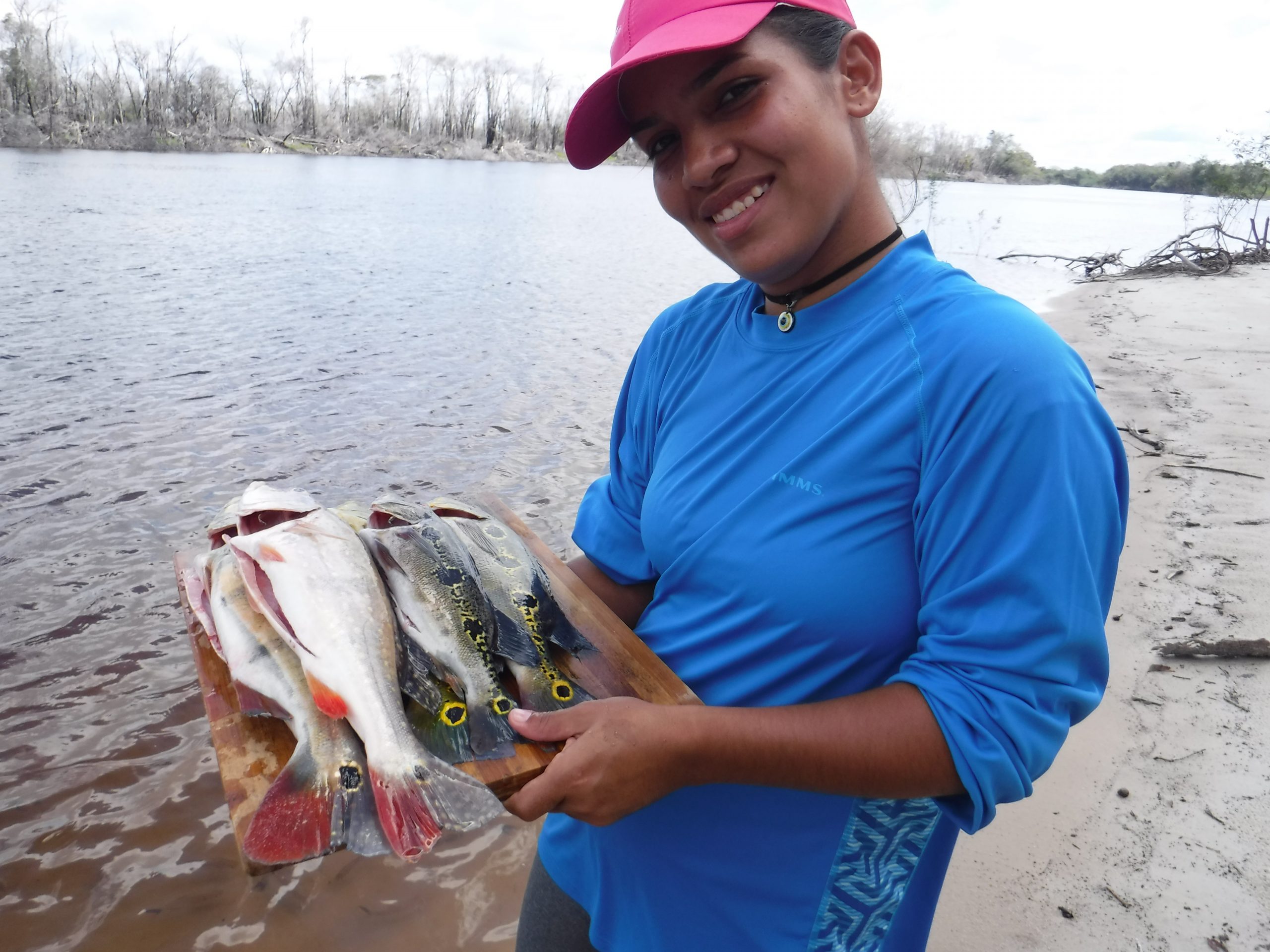 In 2018, after another expedition to the Xeruini River villages, Rob and Karim met with Neto, Rosenir and a councilman from Caracarai in Terra Preta Village. After settling agreements with the villages for the details of the future, the team headed to Caracaraí. It was a two-day trip the team made in a small village water taxi (a non-stop trip from lower Xeruini to Caracarai takes 19 hours) under raging rains and lightning storms, with only a short stop to Santa Maria village for some food and gas. When everyone arrived to Caracarai, they headed to Neto’s house. Rob had two goals, teach Juliana to tie flies and test her Venezuelan recipe of fish tacos he wanted to make with arapaima filets. No one still knows which mission was more important, but as a result, Juliana got all brand-new fly tying equipment including a vise and piles of materials for Rob’s Pyramid Lake online store. A few months later in January 2020 our first Rio Novo operation happened and Neto brought from Caracarai,  a box of the first 1500 trout flies made by Juliana. They were impeccable. The eyes of one of Umpqua’s best signature tiers were shining: not only both Neto and Juliana were getting a new source of income, allowing her to work at home close to her kids, but the product being delivered to Reno was of ultimate quality.

Julianna and Neto now have a beautiful baby girl to raise named Julia who was born March 16th 2019. She continues to tie flies for our brand new online store and maybe even creating new patterns in the future. Julianna will forever be remembered from her time with our clients in 2018. This story of hope and faith and hard work is headed toward a happy ending for many people and none of it would have happened if not for a bright young woman named Julianna Moreno. We love you Juliana, may your future bring you much happiness…