It is hard to describe Lucho’s amazing character, and even harder to find words to explain how excited we are to have him on our team. So…. we let him tell his story.

The story of how Lucho and his father Roberto became a part of our journey is a great read but for Lucho’s story, we will just touch on the highlights. Rob met Roberto while giving a Pyramid presentation in 2015. Roberto was on a wine tasting journey masked by a fly fishing show. The two hit it off and Rob was invited to spend his 50th birthday at Laguna Verde. Here he met Lucho, got to fish their amazing lake and became a booking agent. 4 years later business looks much the same but the friendship continues to grow and the future possibilities are endless. Yeah, we pretty much run into cool people everywhere we go. Folks… Luciano Alba (Lucho)

I was born in the province of La Pampa, located more or less at the center of Argentina, in a rather small town named Santa Rosa (at the moment about 100.000 people, back then way smaller), which is the capital of our province.

I grew up in a new neighbourhood, with different young families, so several kids within a couple blocks around to play with. Dirt streets, plenty of open fields to ride our bikes, play soccer on the streets, and run around with only a few rules by our parents, such as be back for dinner, don’t skip school, play sports, and things like that.

My father was a fly fisherman since I remember, and also a hunter, so he taught me to fish and hunt. 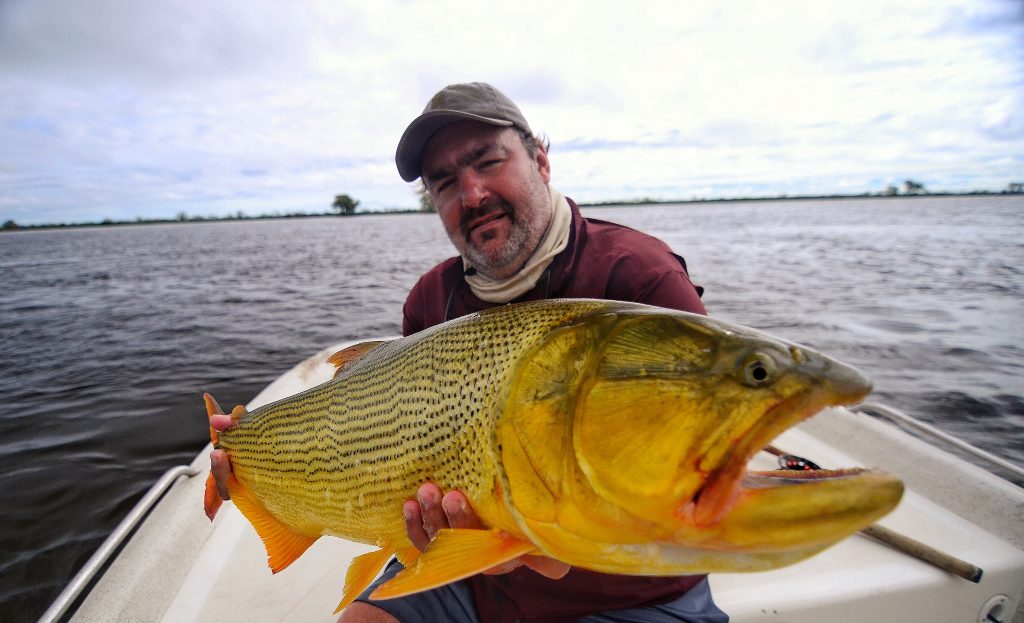 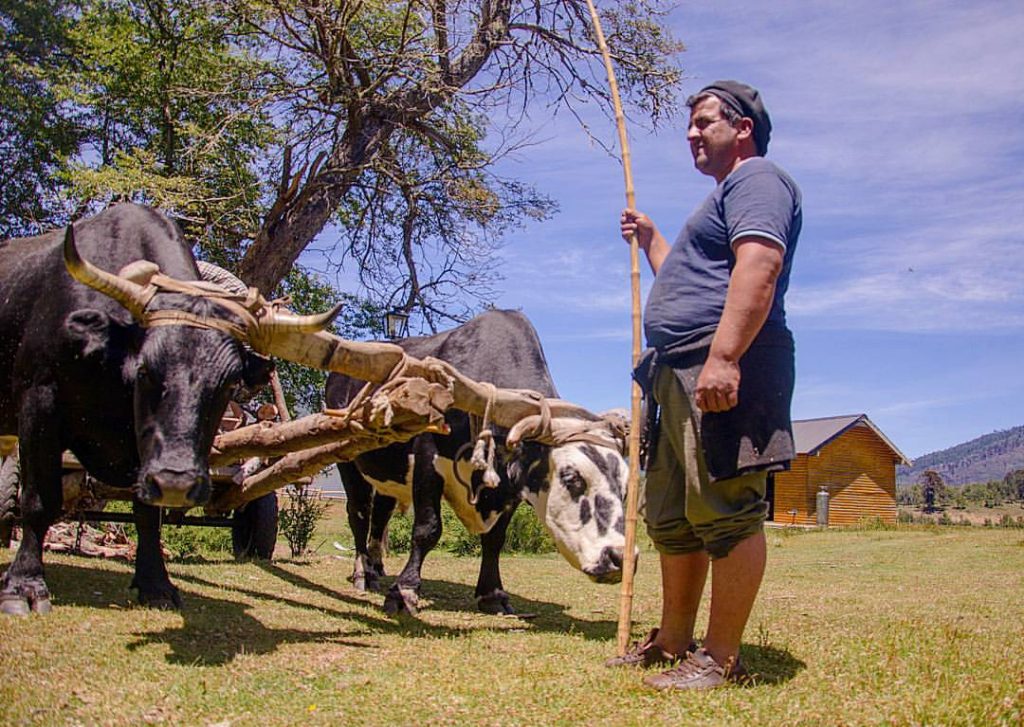 La Pampa is considered by many in our country the capital of red stag hunting, but does not have much fishing, only warm water fishing for a fish called pejerrey, in a few lagoons, where people fish with bait.

My father used to take me there, but I did not like it much. I found it rather boring, sitting there waiting for things to happen.

I always played a lot of sports, basketball, soccer, rugby, golf, squash so when my father gave me a fly rod, i totally loved it, as it was way more active, and you needed to learn techniques and develop your skills to cast better.

The problem was that in those days, Im talking during the 80´s, being able to buy a fly rod in Argentina was extremely difficult and expensive. My dad had just one rod and reel. A Fenwick rod and a Pflueger Medalist reel, with a Scientific Anglers floating line. He slowly added a few other lines, one more rod and a couple reels. He would give me a spinning rod with a bobber that you filled with water and a fly tied to it. I was ok with it, but it wasn’t fly fishing, which was what i wanted to do. At first for me it was all about learning to cast and perfecting that.

As I grew up, my father finally trusted me with some of his tackle, so by 18 years old, I was doing more real fishing and exploring and learning a lot more. That’s when I really got caught into fishing.

My dad at that time also became more keyed into fishing and less into red stag hunting, so that helped a lot, as we would travel a lot to northern patagonia to fish different places.

During 2008, when we went to fish Strobel lake and ended up starting a lodge there, Estancia Laguna Verde, which was like a dream come true.

It gave me the chance to travel more as well as fishing and spending time with guides, which really helped me improve my game, and also showed how much more I needed to learn to become a good angler.

It also showed me, as watching many amazing anglers, that fly fishing is an endless learning process.

The same applies to the lodge business world, which I became very much in love with. The chance of meeting a ton of people from different countries and backgrounds. 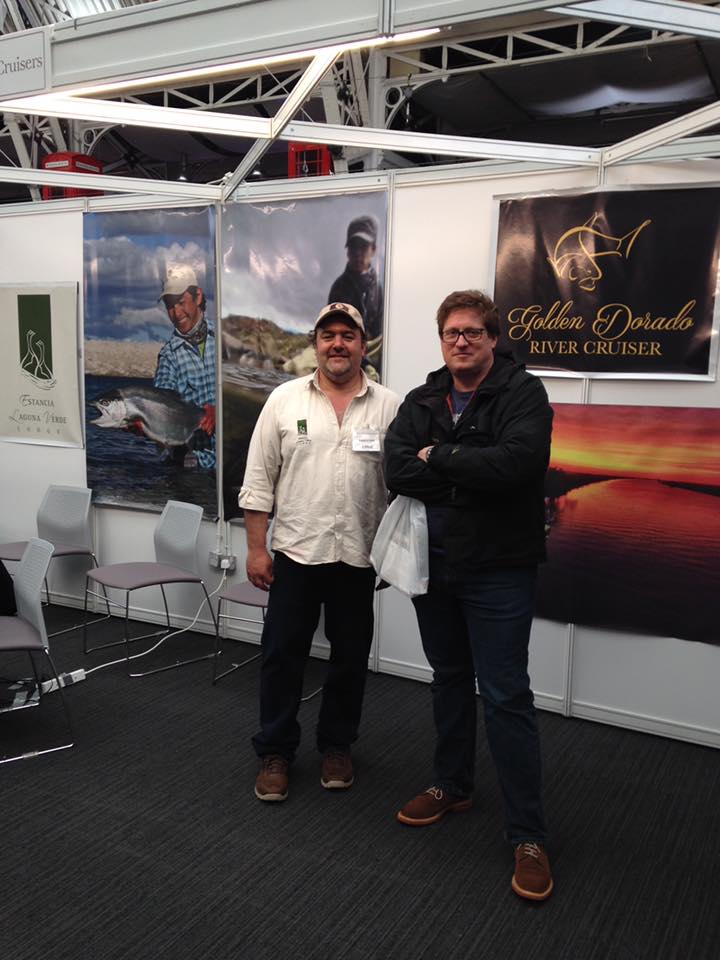 Although I’m a lawyer and still practice law, as Estancia Laguna Verde started to get serious, I dedicated more and more time to the lodge, and less time to law practice. I made some adjustments in our law firm, which allowed me to be able to leave for the lodge and the Cruiser.

In 2015 we started the Golden Dorado River Cruiser project, and that increased my passion both for fishing, as well as for the “lodge” business life a lot more!

It is amazing how time flies, it seems as yesterday when we started with Estancia Laguna Verde and this amazing ride.

I hope to be able to continue this path, and why not start a few new fishing operations, while also passing the passion for fishing and the outdoors to my kids!