Humble enough to be the silent partner, but respected enough that we want people to know the man we call El Hefe (The Boss)

Stuck on a sandbar.

In 2018 there was a chance meeting of two very important people in the Amazon. Especially when you look at big words like conservation, deforestation, humanity, protection and sport fishing. The mindset has started to change and the Amazon fishing world is seeing a new concept of a much smaller footprint and rejuvenation of the jungle, it’s people and the wildlife.

We were in our 2nd season operating on the Lower Xeruini River. The river was extremely low and it was getting tough to navigate. We settled into our section of the river and were having great fishing. One evening towards the end of our 5 week season a large barge style boat comes by and just above our camp it bottoms out on a large sandbar in the river. We had stopped just below it and set up camp because we knew this was a barrier we were not getting around. The boat stayed there all night. The next morning after all the fishermen had left camp Rob, Neto and a couple more headed over to the boat to see if they could help. When they arrived there were a couple people unloading supplies from the barge onto smaller boats for transport on the river. The sandbar had served as an anchor for the boat to spend the night. Neto starts shouting to a man on the top of the barge and conversation begins. The man and the owner of the boat, Natan Guedes.

Natan was born on June 21st, 1971, in a family of fishermen and farmers in a large village named Samauma. It is located in the Januacá region on the Solimoes River, 2 hours by boat from Manaus Brazil. It is abundant with fish and has rich soil. The reality back then in the Brazilian Amazon was that kids often gave priority to helping their parents with manioc plantations and farming rather than going to school. That’s how Natan got used to hard work early in life and learned driving anything from a little canoe to his father’s supply boat.

After dropping out of school, he went straight to the Air Force for a year. (Military service is required in Brazil) When he got back in 1993 his father’s boat had been hired as a supply transport boat for the first peacock bass fishing operation in that area. Natan spent two years operating that supply boat. He also tried his hand as a fishing guide on Itapara river and a season in Argentina as a hunting guide. He was offered a chance to become a “franchise owner” of the company, which meant investing into the operation and having his own camp. Maintenance was too costly and 3 years later that deal was undone. In 2017, with a much better grasp of being an owner of a fishing operation, Natan bought the camp and built a new one which himself and his wife, IlMara Guedes, have been taking care of since they’ve been together – over the last 6 years. 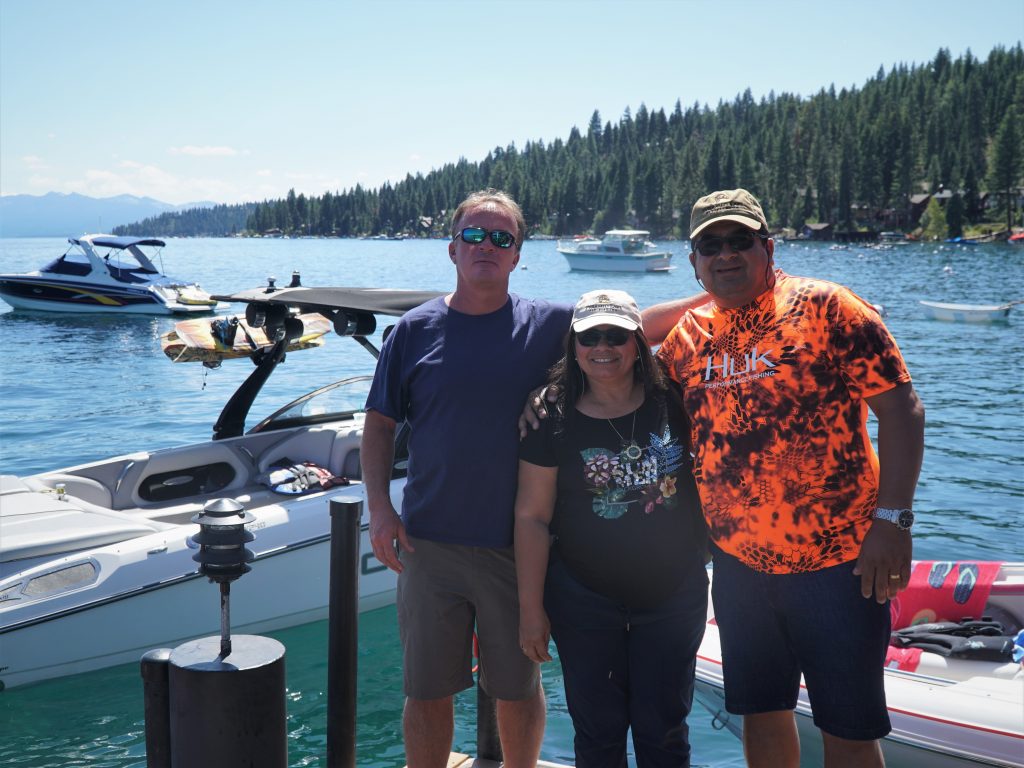 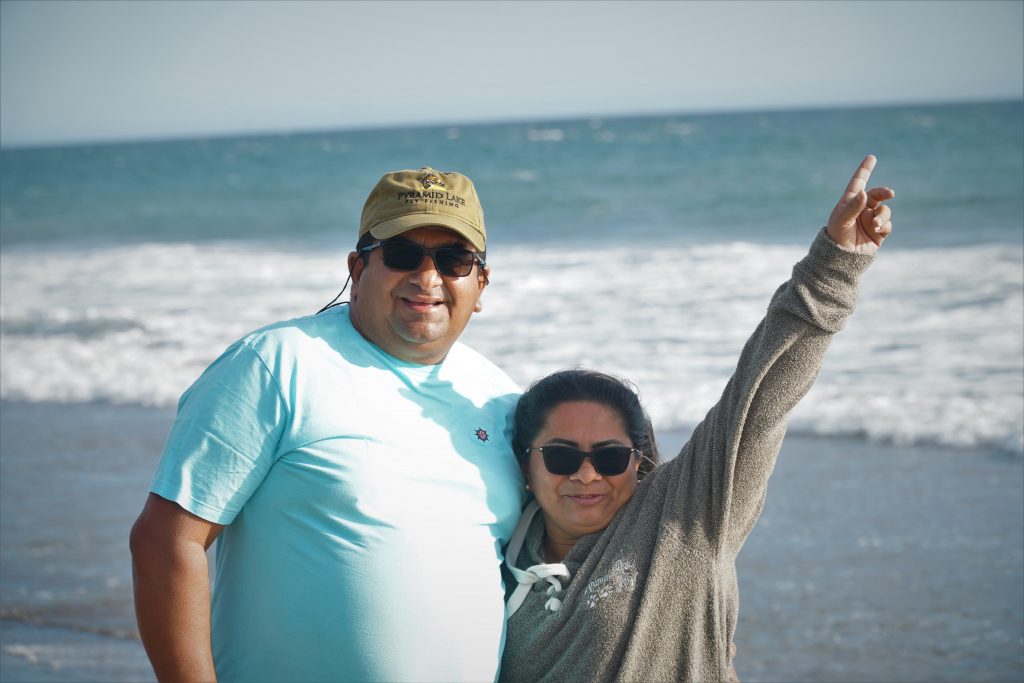 Back on the sandbar, Neto and Natan were carrying on what sounded like a very exciting conversation in Portuguese. Neto introduced Rob to this man Natan and they continued talking in a language Rob could not understand. Pointing, looking, staring and all of those things were going on during the talk and Rob could only imagine what kind of trouble he was in now. To his surprise after Neto started explaining the conversation in his broken english, Rob is told Natan knows who he is, how long he has been coming to the Amazon, his plans for the river and the future and Natan was the camp co-owner on Rob’s first trip to the Xeruini in 2013. Turns out the meeting on the sand bar was no fluke and Natan had been looking for a way to get to meet Rob and discuss fishing, the future and a possible partnership.

More on Natan. Finding a good place to fish in the Amazon is only the tip of the iceberg. A dependable operator able to manage logistics, a team and trustworthy relationships with indigenous people and local authorities play a big role. Natan, at this stage in his life is all of these things. Living on a 100 acre private Island in the village where he grew up is a bonus. Natan has a beautiful farm with storage for all the equipment during off season and a shipyard for maintenance and building new boats, cabins and anything associated with an operation.

Natan’s company, NG Turismo is headquartered in a suburb of Manaus. The office is a 3-story house built on the land his family has had forever. It is there that the brain trust of the company goes to work. Natan and his wife Mara both came into the marriage each already having a stunningly beautiful daughter. Iandra, Mara’s daughter is the office manager and Natalia, Natan’s daughter runs logistics for the clients in Manaus among other things. Mara, is the real boss and takes care of logistics of the supplies going to the camps on the rivers, finance and everything else.

Down in the garage, Natan and Mara are in the cold storage carrying boxes of food leaving for the camps. They are getting the truck ready to go to the port where supplies will embark on Natan’s transportation boat, a 120-foot-long barge named after the newest member of the family, Natan and Mara’s  charming little daughter, Mariana Guedes. And yes, Natan, if needed, will drive that barge for 3 days all the way from Manaus to the Rio Branco. In the dry season this trip is not for everyone. Even locals that go around in small fishing boats only sail during the day between September and March. Natan drives day and night, playing with shortcuts and somehow figuring there’s a submerged sandbar ahead. What if we tell you that, while being able to drive anything that has an engine on the river or on the road, Natan never went to a navy school.

Natan’s skills, knowledge and capacity to do hard work is huge, but his integrity makes him as respected as he is across the Amazon and in the fishing world. Natan is passionate about fishing, however it is his passion towards people and making their life better that made his relationship with dozens of villages, hundreds of families as cordial as it gets. Combine that with an impeccable reputation and conservation advocacy and you have someone who deserves the utmost respect. 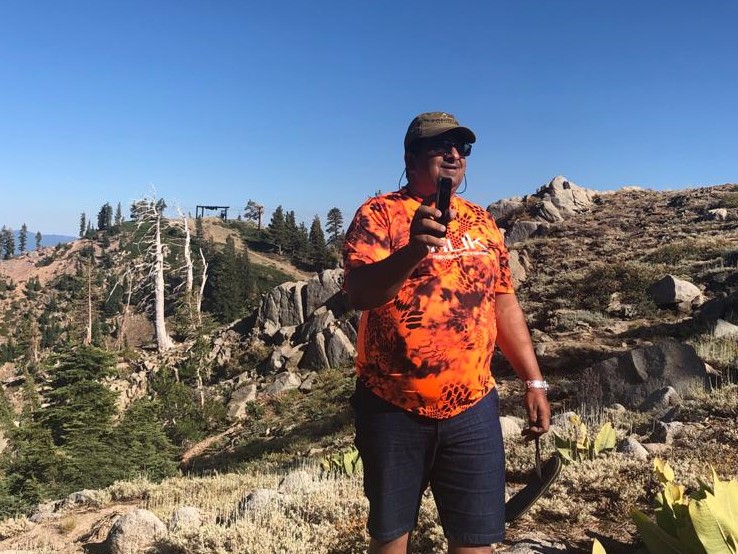 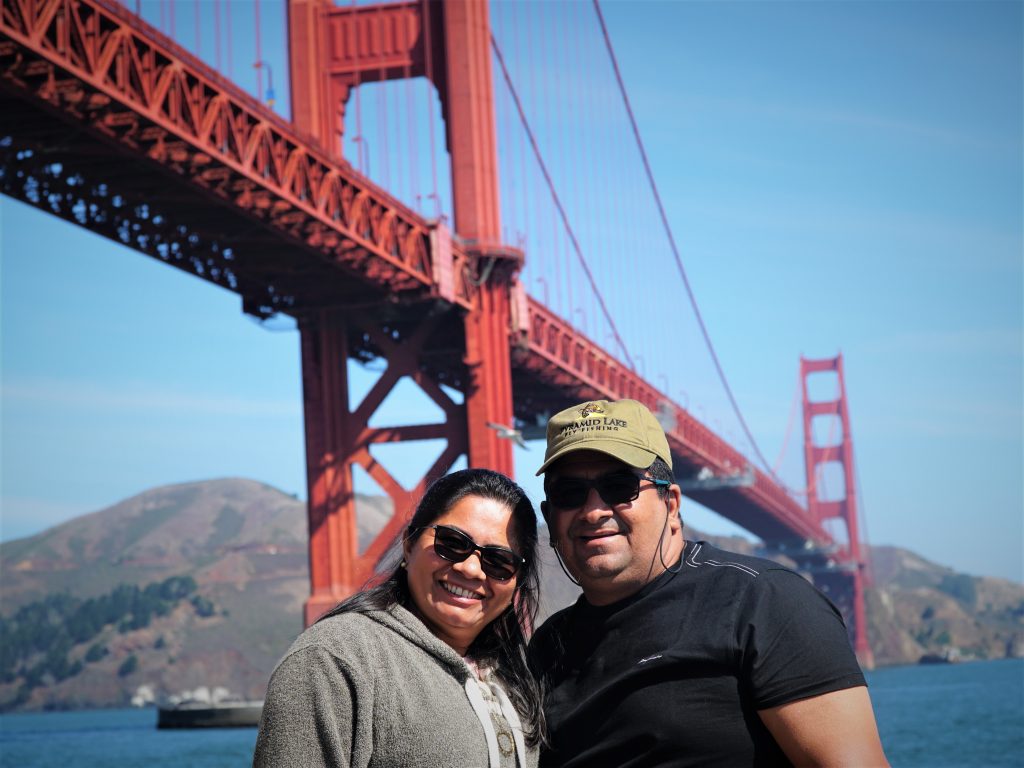 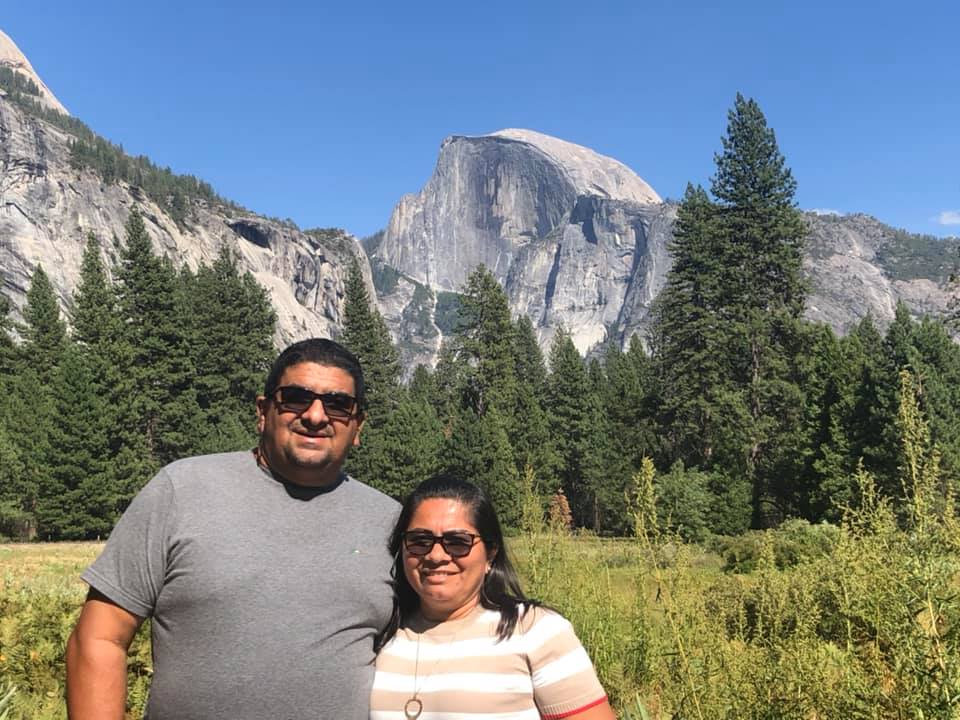 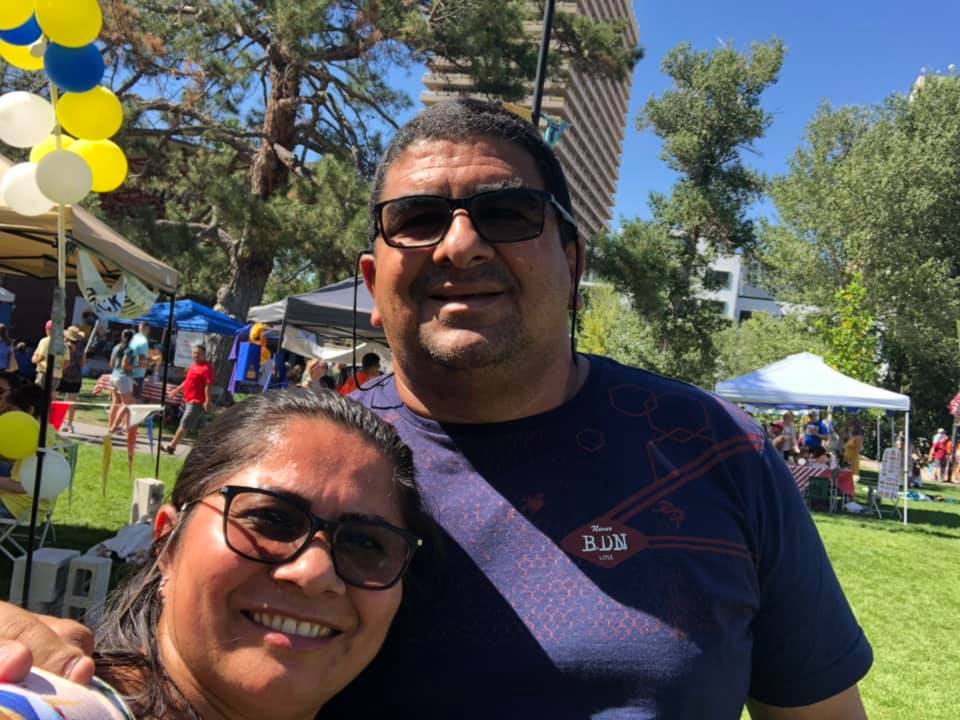 Not only were we lucky to meet Natan that day and to now call him a business partner, but also as a great friend that shares our vision. After helping Rob put together a one-of-a-kind operation in the Amazon that turns an un-fished area like Rio Novo into a fly-fishing only destination, Natan kept prioritizing the work Bucket List Fly Fishing has been doing. He visited Rob in Reno, checked in around Pyramid Lake and local fly shops, learned more about what Rob does and where our anglers come from. Trust and courage come together in this relationship. When Rob wants to build special skiffs with poling platforms for land-locked lagoons of Rio Novo – Natan gets it done. Train selected guides to speak english and to work with our fly fishermen – no problem. How about adjusting logistics for an experimental mixed eco-tourism/fishing trip? Well, we told Natan we needed it and in January 2020 he delivered a separate boat with a local guide for an exploratory eco-adventure. At the peak of the season!

Natan Guedes is the most important part of our Amazon operations today. His trust in our visions have allowed us to run with some really new ideas and to provide our clients and friends with an experience you can not find anywhere else. With logistics and ideals lined up that way we have to worry about only one thing – bring people down to the Amazon to be part of our unique adventures. We have our man on the ground.