Whenever we talk about the history of the Amazon it is always described according to economic cycles that shaped its towns, villages, societies and environments. It’s hard to find a place in the Brazilian Amazon where only natives live today. Endless resources of the river and the rainforest have always attracted people from Northeastern Brazil, for example, states of Ceará and Maranhão – much more populated and lacking basic resources like water. Frenzies like the Rubber Boom, Gold Rush, Jute and Cocoa shuffled people to get to most of the places you’ll find them today. One of the natural resources of the jungle that created that kind of rush was the sorb tree. So, here comes the story of how chewing gum played a part in us meeting our most experienced fishing guide – Pedro.

Pedro was born in 1958 in Barcelos, a town upstream from Manaus (to the west) on the Rio Negro. Barcelos has seen its golden days during the Rubber boom at the turn of the 20th century. In the 60s, though, it was not the best place to live. It was surrounded by conflicts between the military government, environmental authorities, indigenous tribes, farmers, roadbuilders etc. So, when Pedro was 14, he took the opportunity to leave town and make a living by collecting the fruits of the sorb tree. Sorb tree, sorva, sorbus domestica are all names for the first plant you’d be looking for if you’re lost in the jungle. It grows in flooded forests and on the mainland. Tapping it like rubber will get you latex, that, dissolved in water is sweet and potable. The fruit has a very high nutrition value and fed seringueiros (rubber tappers) during the rubber boom as they had to go deep into the jungle chasing the “white gold”. When scientists found out sorb tree latex and fruits could be used to make chewing gum, resins, insulation materials, caulking and as a rich source of hydrogen cyanide. This last one was claimed by some as a reason to forbid the exportation of service tree fruits from the Amazon. In the words of Neto Silva’s father, Francisco, “They said the gum was heading to Saddam Hussein and to Iran to produce bioweapons, but I believe it was just an excuse to get us out of the market”. For Pedro that meant a whole life. He lived and worked on the Rio Branco, first attracted by the sorb tree and then living off any resources the rainforest had to offer – Brazil Nuts, Andiroba oil, latex, Amapa milk, palm leaves, fruits, wood, fish and animal skins. Pedro married a local woman and became a permanent resident of Terra Preta village in the 1970s. 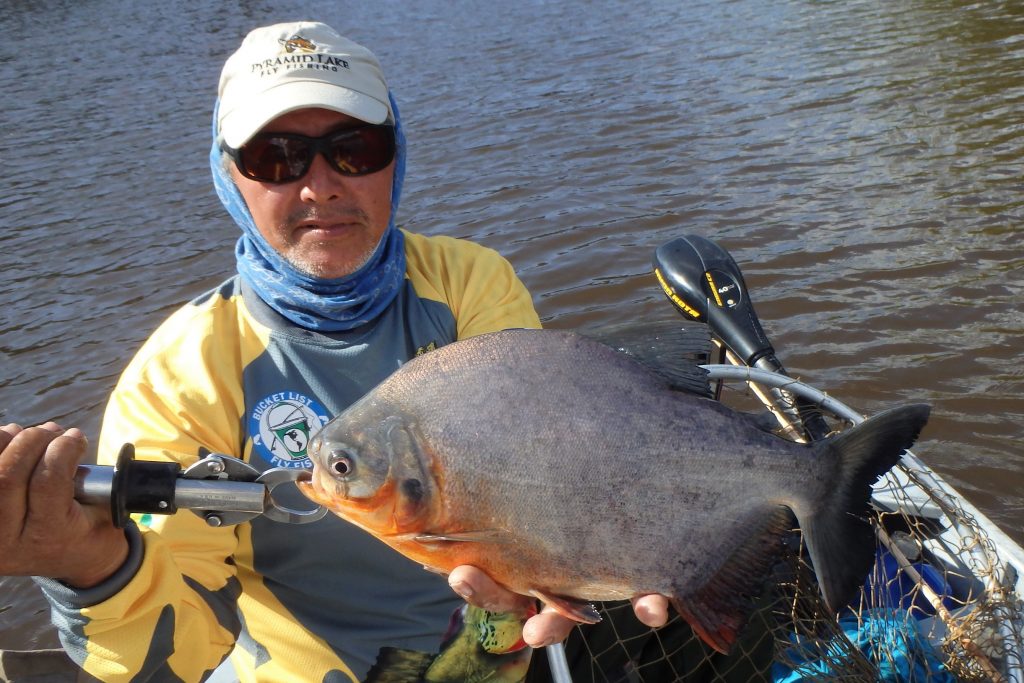 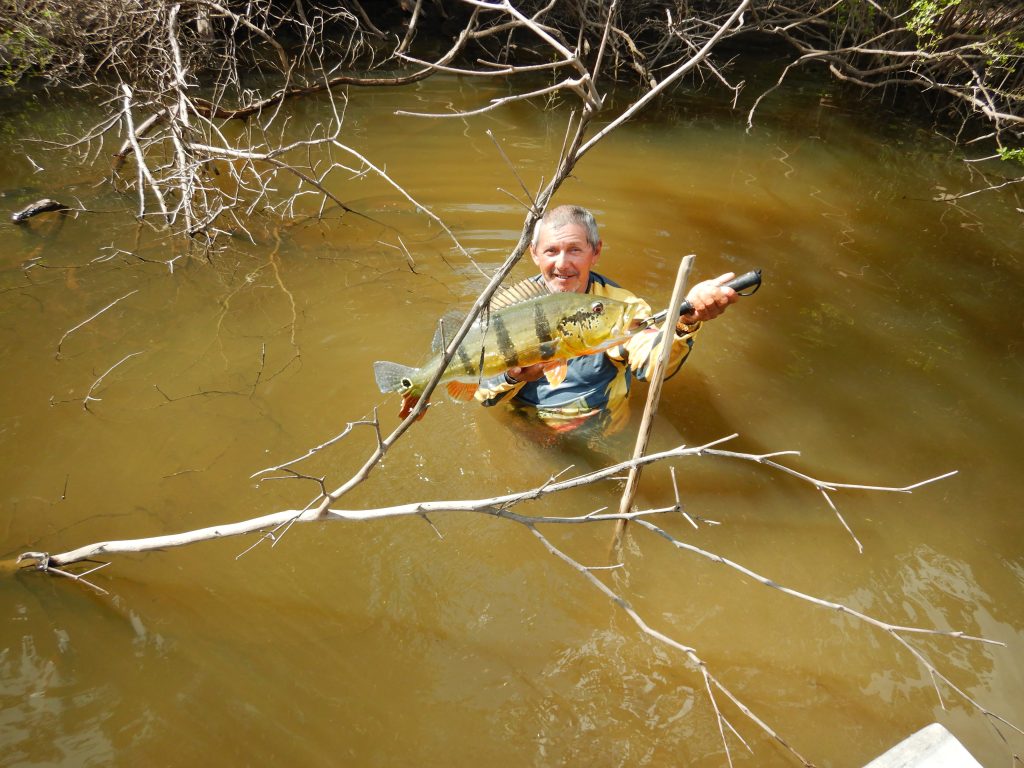 In 1996 Pedro was invited to work on the Itapará River, first on a houseboat which was a venture of the government with an entrepreneur from Manaus and then in the construction of a landing strip and a lodge. Pedro has seen and worked in a number of sport fishing ventures, some of which younger guides have never heard of. In 2000 He moved to his new job at the Agua Boa Lodge as a fly fishing guide where he spent 16 years working and built a reputation of a guide that chases the biggest fish, loves sight fishing and never quits learning. It was at Agua Boa that Pedro met this crazy fly fisherman “pescador mosca louco chamado Hobe” as he tells it. How Rob tells it is, “here is this crazy old guide, climbing up and down the platform with ease and needs glasses to see a foot in front of him spotting fish on the other side of the Lagoon and getting so animated that your heart beats out of your chest – And he wants you to cast to these ghosts that you can’t see 100 feet away with the faith that something is there.” We think they are both crazy.

Pedro was getting up in years and the grind of guiding at the Agua Boa Lodge every day for 5 months a year and being away from home for the same period started to take its toll. When word started spreading of the possibility of a new fly fishing only operation that would explore the Xeruini headwaters and finally Rio Novo, Pedro couldn’t believe it, and that the man in charge was his crazy friend from The Agua Boa, Hobe. So Pedro quit working at the Agua Boa and came home for a chance to be a part of the team. Rio Novo and its land-locked lagoons are a perfect place for sight fishing. The water in many cases is more clear than the Agua Boa. But for some guides, the perspective of standing on the platform with a pole for hours didn’t seem like a good plan. While many of them were slow to buy in and thought it wouldn’t be put in practice, Pedro, 61, spent three weeks the first season proving them wrong, making his anglers cast wherever he’d see a big fish from his platform. Needless to say, as long as he is in shape and willing to work, we’re putting him on his pedestal and sending him to find fish. Pedro is that “fun uncle” type of guy that a lot of the younger generation had growing up in Terra Preta and his attitude of, it is great to be alive is carried over to his guests on the water. When you visit Pedro and get to spend a day fishing with him you will be hard pressed to be the one having the most fun. Keep it going Pedro, there are a lot of good times ahead and a lot of fish we have not found.